Now after the end of our fieldwork we thought we could show some of the funny or curious items we found during our sampling in urban habitats in Reading this year.

For example this toilet made a nice planter for bedding plants in a garden in Lower Caversham (see below). 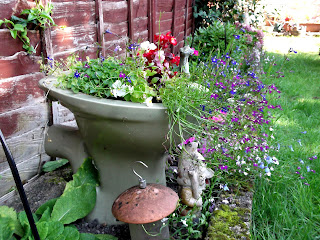 Or this old hoof pick (below) we found in a park in Whiteley, maybe there were stables located here in former times? 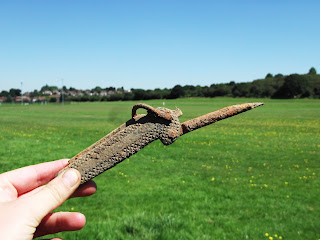 The tortoise in the picture below was hidden in the grass in one of the gardens we sampled and we nearly stepped on it (good that they have such a hard shell). When we picked the tortoise up it was not bothered at all and continued eating its dandelion leaf on Sam`s hand. 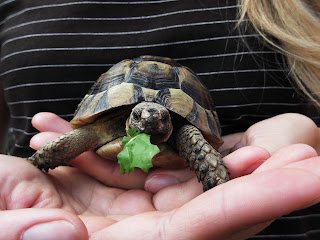 On an allotment site in Tilehurst we were in for a surprise when we found this giant pumpkin (picture below) with a diameter of about 40 cm (16 inch) hidden under huge leaves. 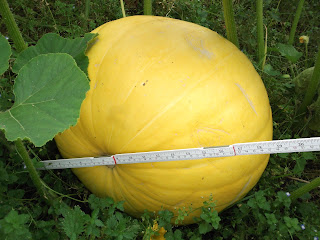 The poor discarded barbie doll in the picture below was given a new life by us as flower barbie at least for a short while. We don`t know what has become of her after we left her sitting on the post. 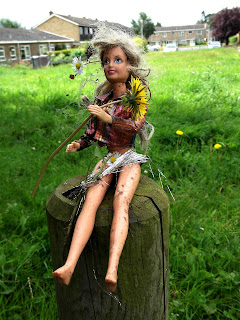 It was quite funny to find a stone hippopotamus swimming through a sea of slate in a garden in Caversham (see picture below). 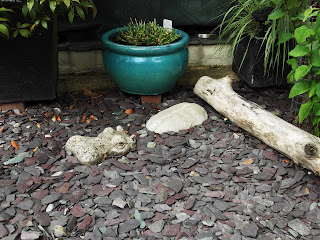