What plants are flowering in our perennial meadows?

If you have visited our perennial flower meadows you might have wondered what plants are flowering in the meadows. Below we have compiled a little photo ID guide for you and hope it will help you to recognise the meadow plants. Some plants have finished flowering now but if you come back next year you can hopefully see them in full flower. 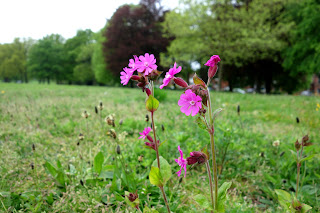 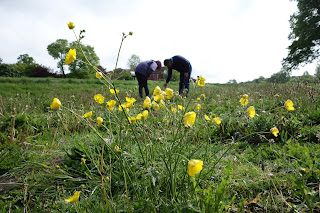 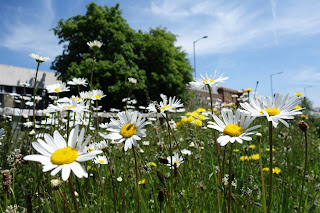 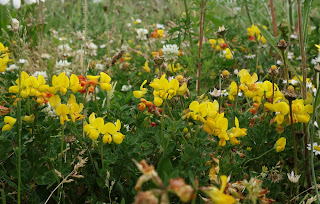 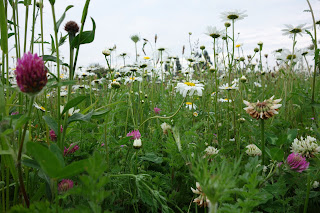 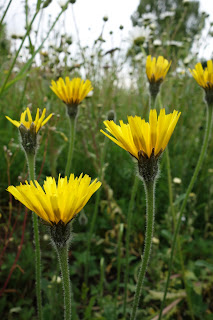 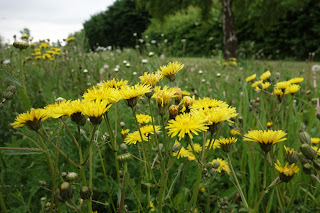 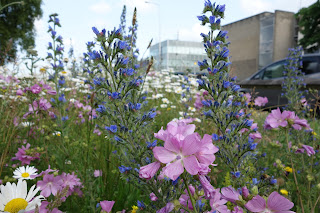 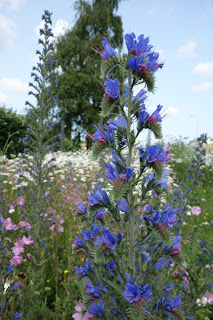 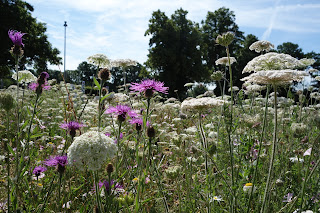 Wild carrot (Daucus carota):
Flowering time: July-September
Tall white umbels (in picture growing together with Black knapweed) with carrot-like pinnate leaves and a carrot scent when crushed. Often the umbels have a small purple flower in the centre which can be quite conspicuous. 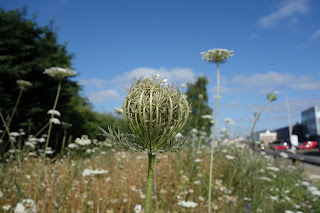 When the wild carrot seeds become mature the umbel starts to close and resemble a bird`s nest. It can become detached from the flowering stalk and blow around in the wind which helps with seed distribution. 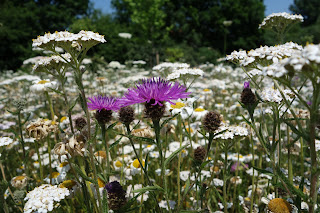 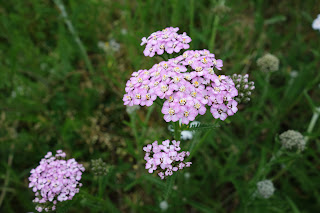 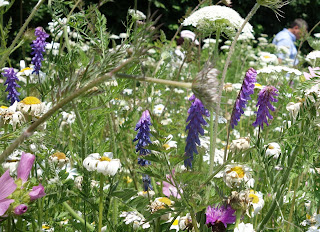 Tufted vetch (Vicia cracca):
Flowering time: July-September
Climbing plant (tendrils at tips of the pinnate leaves) with blue to purple pea-like flowers in a one-sided cluster and a smooth stem. 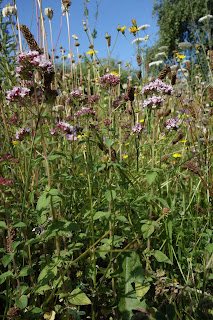 Wild marjoram (Origanum vulgare):
Flowering time: July-September
Clusters of small pink flowers and small ovate aromatic leaves. The leaves can be used to flavour food such as pizza and pesto. 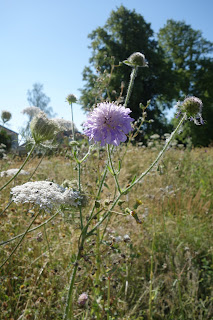 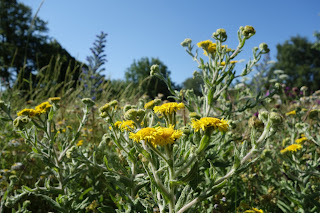