Crowpeckle and Granny’s Toenails; Our Perennial Flowers in Folklore


Across the four project cities in Leeds, Bristol, Reading and Edinburgh, our pollinator flower meadows are now almost finished and the flowers are shutting down for autumn.

Our perennials were recognisable by their pretty subtle swathes of white oxeye daises and wild carrot intermixed with pale yellows, pinks and blues. 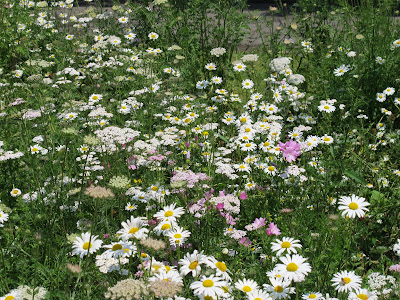 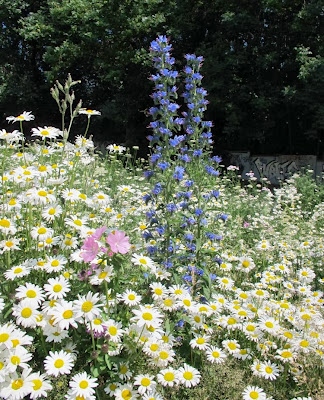 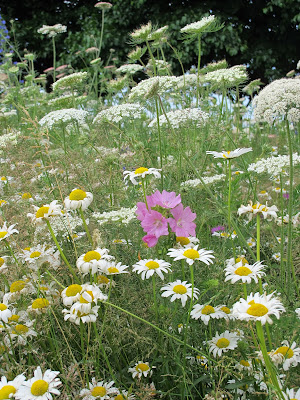 In contrast, the annuals offered brilliant splashes of the bright reds, oranges and pinks of common poppies, californian poppies and cosmos. 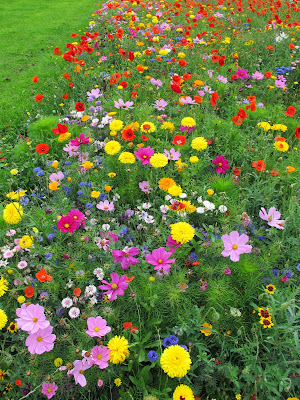 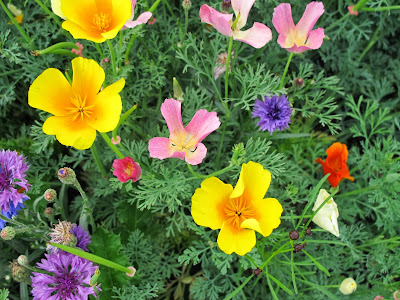 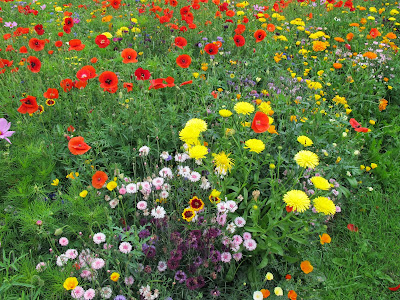 Whichever meadow you like best, it can’t be denied that each is equally spectacular and dramatic in its own way and beautifully compliments the urban landscape.
Perennial: 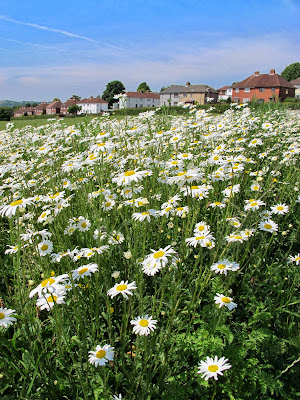 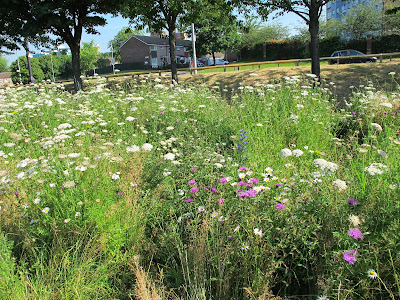 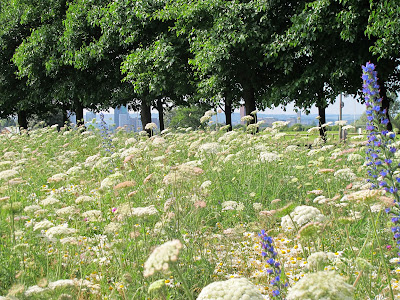 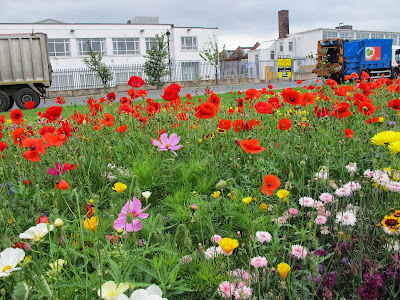 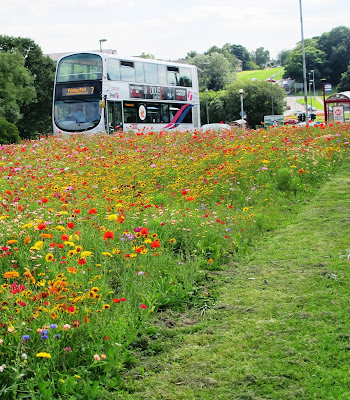 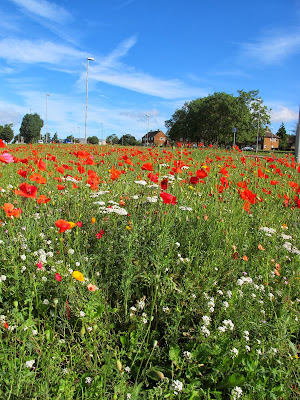 Writing and saying the common or Latin names of the flowers present in our meadows each time we sampled them started us thinking about their etymology and historic uses and we thought it would be interesting to look this up for some of our native perennials. Details of the plant names and histories were researched from Flora Britannica by Richard Mabey (1996). Please also refer to Reading’s blog about each meadow flower from July 2013.


The most common example is probably the iconic buttercup, which we all used to use to test whether we liked butter or not by seeing if the yellow reflected onto our chins! Before the 18th Century however, these flowers weren’t nationally known as buttercups but like most other wild flowers had a variety of local names which included goldweed, soldier buttons and crowpeckle! Our meadows include meadow buttercup, Ranunculus acris, which was once a much more common feature of dairy herd grazing fields that likely holds claim to the name.

Here are a few other interesting wildflowers that were in our perennial meadow mix:


Yarrow, Achillea millefolium
This has its ties rooted far back to the Anglo-Saxons where it was used as an herb to stop (or staunch) the flow of blood from wounds and so is also known as Staunchweed. It was also used for foreseeing into the future and was believed to prevent bad luck or illness. The Latin Achillea refers to the Greek mythological hero Achilles, whose soldiers may also have used the plant to treat the wounded, whilst millefolium refers to the ‘thousands of little leaves’. 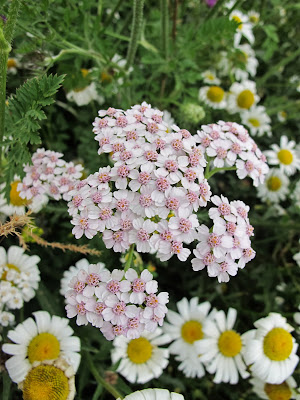 Viper’s-bugloss, Echium vulgare
This got its name because the parts of this plant all look or feel similar to parts of a snake. For example the flower stamens look like long forked snake tongues and the fruits look a lot like the head of an adder. Long ago, herbalists also thought the hairy and speckled-looking stem appeared like snake-skin. However these plants produce lovely sprays of bluey-purple and it is a pity we do not see more clumps of them around the countryside anymore. 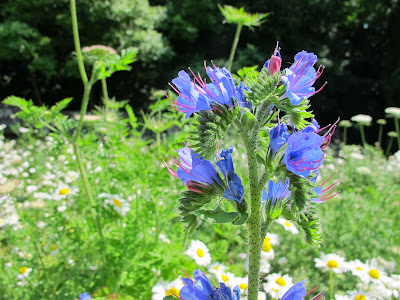 Common Knapweed, Centaurea nigra
A firm favourite with feeding bumblebees, these again also used to be common in areas of rough grasslands which unfortunately don’t stretch over the countryside as much as they used to. To the untrained eye the flowers could be mistaken for thistle flowers as they are of the same family (Asteraceae), however knapweeds don’t have the prickly leaves as thistles do. Local vernacular names include Hardheads and Paintbrush though traditionally village girls would apparently use it in a ‘love-divination game’ by pulling out rays from the pink-purple coloured flowers, as once described by the famous poet John Clare:

“…They pull the little blossom threads


From out the knapweeds button heads…” Clare, 1964
It is probably best not to go further than these 2 lines on here however!! 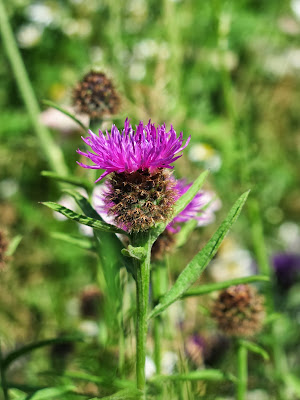 Wild Carrot, Daucus carota
In our perennial meadows these have grown big and tall and are now mostly gone to seed. When flowering has finished, the flat umbels which each have lots of little tiny flowers on them, curve inwards and become a concave shape, so you may be able to see why they are also known as Bird’s-nests. Although the leaves and roots might smell like carrots, they are not the same as edible carrots and cannot be eaten. Edible carrots are a separate subspecies (spp. sativus) and were probably brought over to the UK from the Mediterranean in the 15th Century. 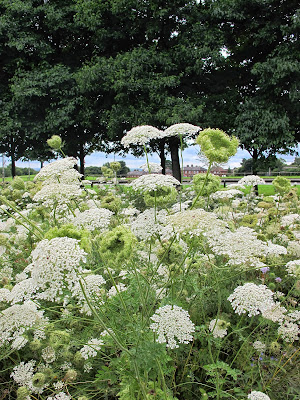 Field Scabious, Knautia arvensis
This was once known as Pincushion flower, Lady’s Pincushion or Blue Bonnets. Most specimens of these plants that we have found in our meadows are lilac but they can also be a much darker purple and with both large and small flowers. It is thought the flower’s rough stalks were historically used to treat the disease scabies, hence the name of ‘Scabious’. 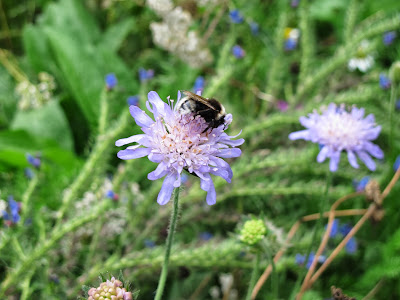 Oxeye Daisy, Leucanthemum vulgare
These flowers produced quite a spectacle on our perennial meadows back in May and June. Again it was a once common sight in agricultural grasslands across the UK but can now thankfully often be seen on road waysides and set-aside land. Its traditional names included Dog Daisy, Horse Daisy, Marguerite, Moonpenny or Moon Daisy. The latter two names perhaps refer to how grasslands full of these flowers would have glowed at twilight or in the moonlight. 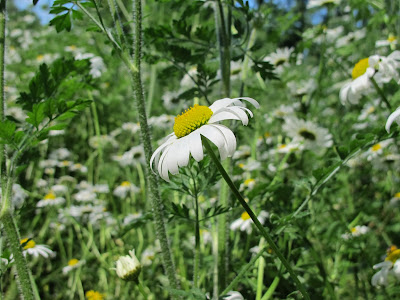 Bird’s Foot Trefoil, Lotus corniculatus
This bright little plant is commonly found on short grasslands and in good weather will most likely be covered in a myriad of bees. Despite being quite inconspicuous in terms of size, it has gathered quite a long list of local names over time; one man once collected over 70 though only a few of these are widely remembered or used now. Bacon and Eggs is probably the most famous with some similar variations, but others include Hen and Chickens, Fingers and Thumbs, Lady’s Slipper, Dutchman’s Clogs and, referring to the claw-shaped seedpods, Granny’s Toenails!! 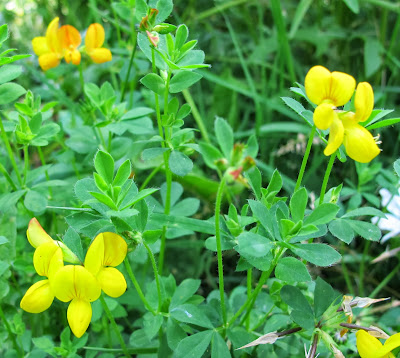 Lady’s Bedstraw, Galium verum
There are many once more common wildflowers that people don’t see as often these days and this is probably one of them as it grows on chalk downs, sandy heaths and meadows which are all now rarer habitats. Back in the 14th and 15th centuries straw mattresses were commonly used by most people for sleeping on (only the rich could afford feather ones then). Lady’s Bedstraw, also known as Lady’s Tresses, was often included as when dried it gives a scent like new mown hay, and was used especially for women expecting a child. When fresh and in full flower in mid-summer it has a strong honey smell and so you can imagine how attractive it is to pollinators. 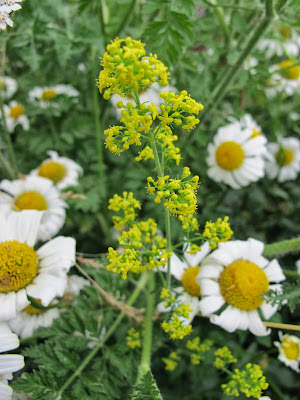 Selfheal, Prunella vulgaris
You may often see Selfheal growing as a very low little plant with purple flowers on untreated lawns. However if you see it out in woodland clearings it may be up to 1ft high. Like many of our native wildflowers, and as its name suggests, it is one of the many that were once used in healing wounds. In some areas of Kent it was used as recently as during the World Wars where its leaves were mixed with lard and smeared onto cuts or bruises to bind or soothe them. 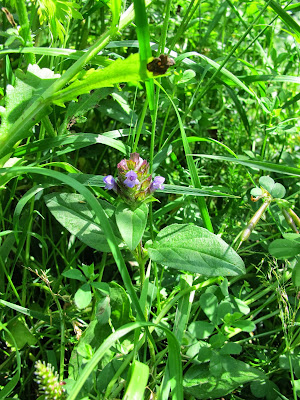 Unfortunately our Urban Pollinators Project is now drawing to a close and won’t be continuing again next year. However we are hoping that many of our perennial meadows will continue to be managed by the council and that the annuals will be re-sown next year. So hopefully there will be many meadows around the city for you to see in the future.