As promised here comes an update on the progress of the Reading flower meadows.

The annual meadows still look beautiful and some of the meadows really came into their own in the last weeks with lots of flowers providing a much needed food source for pollinators this late in the year and it also gives us something nice and colourful to look at. All 5 annual meadows have a different character and consist of a slightly different mix of species flowering.
The meadow in Caversham Crematorium (see below) is dominated by poppies and you can also see quite a lot of pot marigold (Calendula) now . 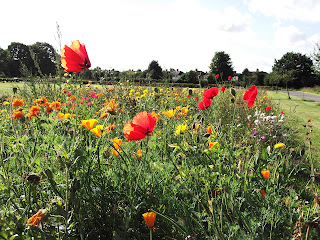 Christchurch Meadows has an annual meadow which looks very beautiful now (after a slow start) with lots of Cosmidium and Cosmos flowering (see below). 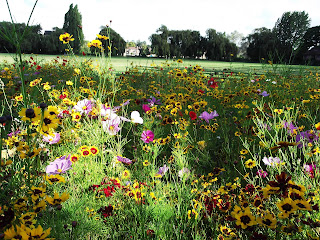 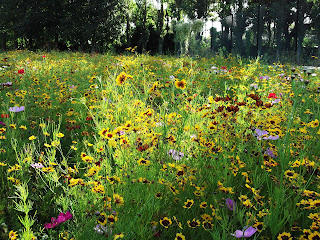 The meadow in Victoria Recreation Ground (Tilehurst) is probably the most colourful of the 5 annual meadows and full of poppies, cornflowers, pot marigold, Cosmos, Cosmidium and red flax (see below). 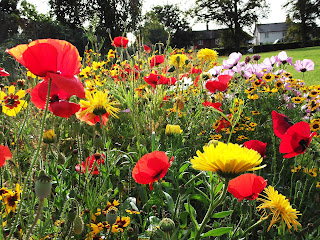 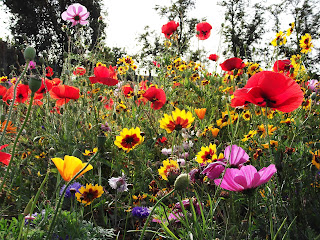 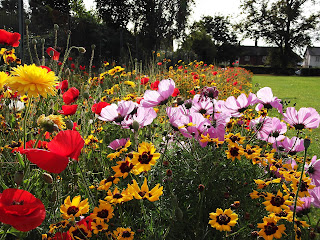 Prospect Park has a golden meadow with mainly Cosmidium flowering interspersed with some Cosmos (see below). 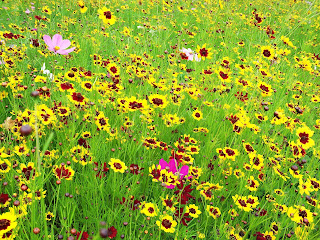 Finally the meadow in Rabson Recreation Ground has, after a flush of poppies in August, a nice mix of pot marigold, red flax, cornflowers and Cosmos flowering (see below). 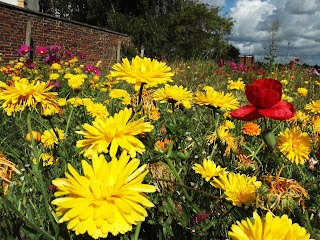 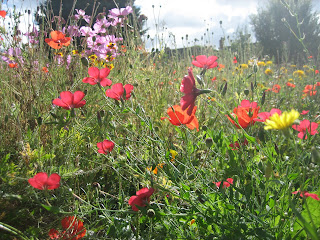 Also the pollinators seem to enjoy the annual meadows. All meadows were alive with bees, hoverflies, bumblebees (like the one on the Cosmos in Rabson Recreation Ground in the picture below) and other pollinators. 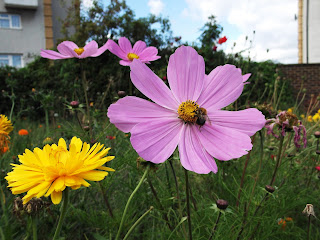 The perennial meadows are all cut now and you will not see a lot at the moment. But all 5 perennial meadows have quite a good mix of perennial plants like ox-eye daisy (Leucanthemum vulgare), yarrow (Achillea millefolium), knapweeds (Centaurea sp.), musk mallow (Malva moschata), birdsfoot trefoil (Lotus corniculata), wild carrot (Daucus carota) and more. You can look forward to seeing all of the perennial meadows in flower next year which will hopefully bring a nice change from the closely mown grass you will usually find in our parks.

This will probably be the last update on the progress of the Reading flower meadows for this year (we will start again next year when we find the first flowers in the meadows). If you have not seen the meadows for yourself so far, make the most of the nice autumn days we have at the moment and have a look, there is still time.