The Hornet Hoverfly and the Hornets

In August we reported about the hornet hoverfly (Volucella zonaria) and its interesting life history (see here for the blog entry: http://www.urbanpollinators.blogspot.co.uk/2012/08/meet-hornet-hoverfly-volucella-zonaria.html).

On the allotment site an allotment plot holder told us about a bee nest near his allotment plot. When we had a look it turned out to be a hornet nest with hornets buzzing in and out of the entrance to the nest in an old compost heap.We watched the hornets flying in and out for a while before we discovered a female hornet hoverfly (easy to recognize as it has the eyes separated with a wide yellow band) sitting on a nettle leave near the entrance. 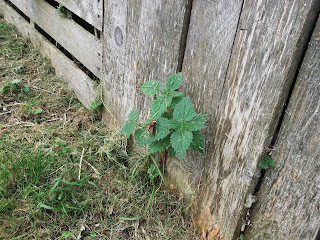 After sitting there for a while the hornet hoverfly started to creep closer ... 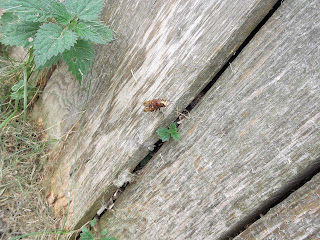 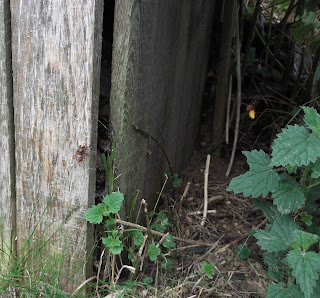 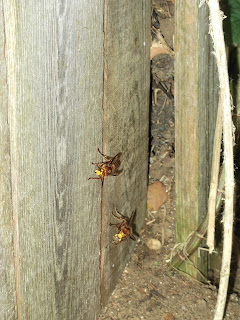 We found it amazing to watch this hornet hoverfly behaviour first-hand after we read about it in a book and on the internet. Allotment sites are always good for a surprise.