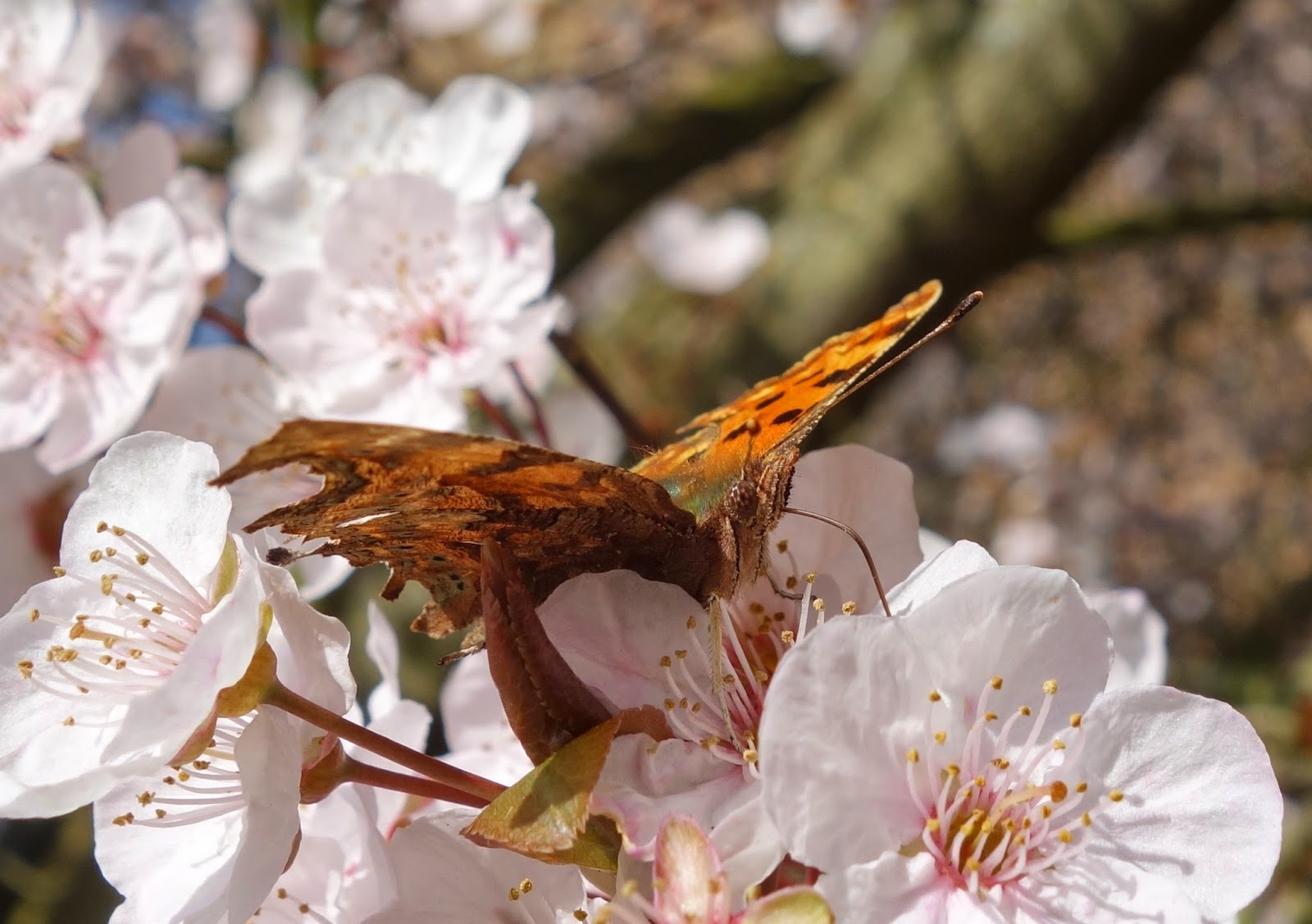 The fine and dry weather has brought out the early spring butterflies and you can see Brimstone, Small Tortoiseshell, Peacock and Comma butterflies basking in the sun or dancing over early spring flowers. These early butterflies have overwintered as adults in cellars, sheds, garages, between foliage or in other sheltered places and are waking up as soon as the temperature rises in late winter or early spring. The butterflies will drink nectar from all sorts of early spring flowers but they particularly like to feed on Aubrieta, ornamental cherries (Prunus spp.), Purple deadnettle (Lamium purpureum), Flowering currant (Ribes sanguineum), Dandelion (Taraxacum agg.),  Primrose (Primula vulgaris) and Cowslip (Primula veris). I have also seen many butterflies feeding on the flowers of the Indian plum tree (Oemleria cerasiformis) which is native to North America and can be grown in UK gardens.

The Comma (Polygonia c-album) is now quite a common sight in England and Wales and gets its name from a white mark on the underside of the wings which looks a bit like a comma (or a C, hence the scientific name). With closed wings the butterfly has excellent camouflage and resembles a withered leaf. The larvae (caterpillars) feed on nettles.

The Brimstone (Gonepteryx rhamni) is probably the earliest butterfly many people see, sometimes even flying in the middle of winter on a sunny mild day. The male butterfly is bright yellow and unmistakable. The female butterfly is much paler, more a whitish-green colour, which can sometimes be mistaken for a Large white butterfly. Brimstones often hibernate between foliage and the wings perfectly match the shape of a leaf when closed. The caterpillars feed on Alder buckthorn (Frangula alnus) and Buckthorn (Rhamnus cathartica).

One of the most distinctive of all butterflies is probably the Peacock (Aglais io). The large fake-eyes on each wing are unmistakable and are designed to scare away potential predators such as mice or birds. The underside of the wings is nearly black and perfect camouflage when the butterfly is resting on a tree trunk. Peacocks can be found nearly all over the UK and are a common sight in gardens. The caterpillars feed on nettles. 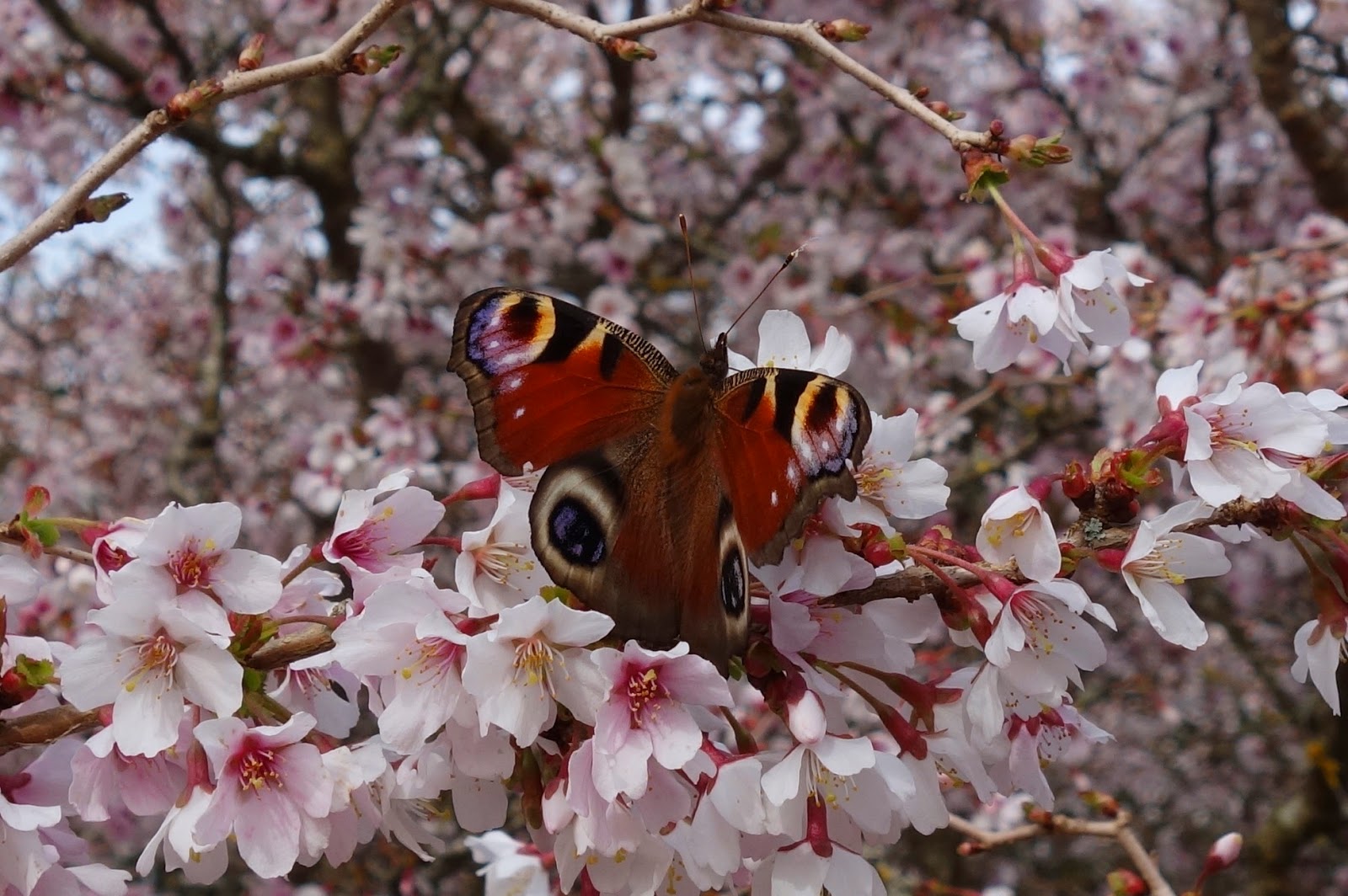 Another very familiar early butterfly is the Small tortoiseshell (Aglais urticae) which is very common in gardens and allotments. The butterfly has usually 2 broods per year (only one in the far north) and the black and yellow caterpillars can be found on nettles. 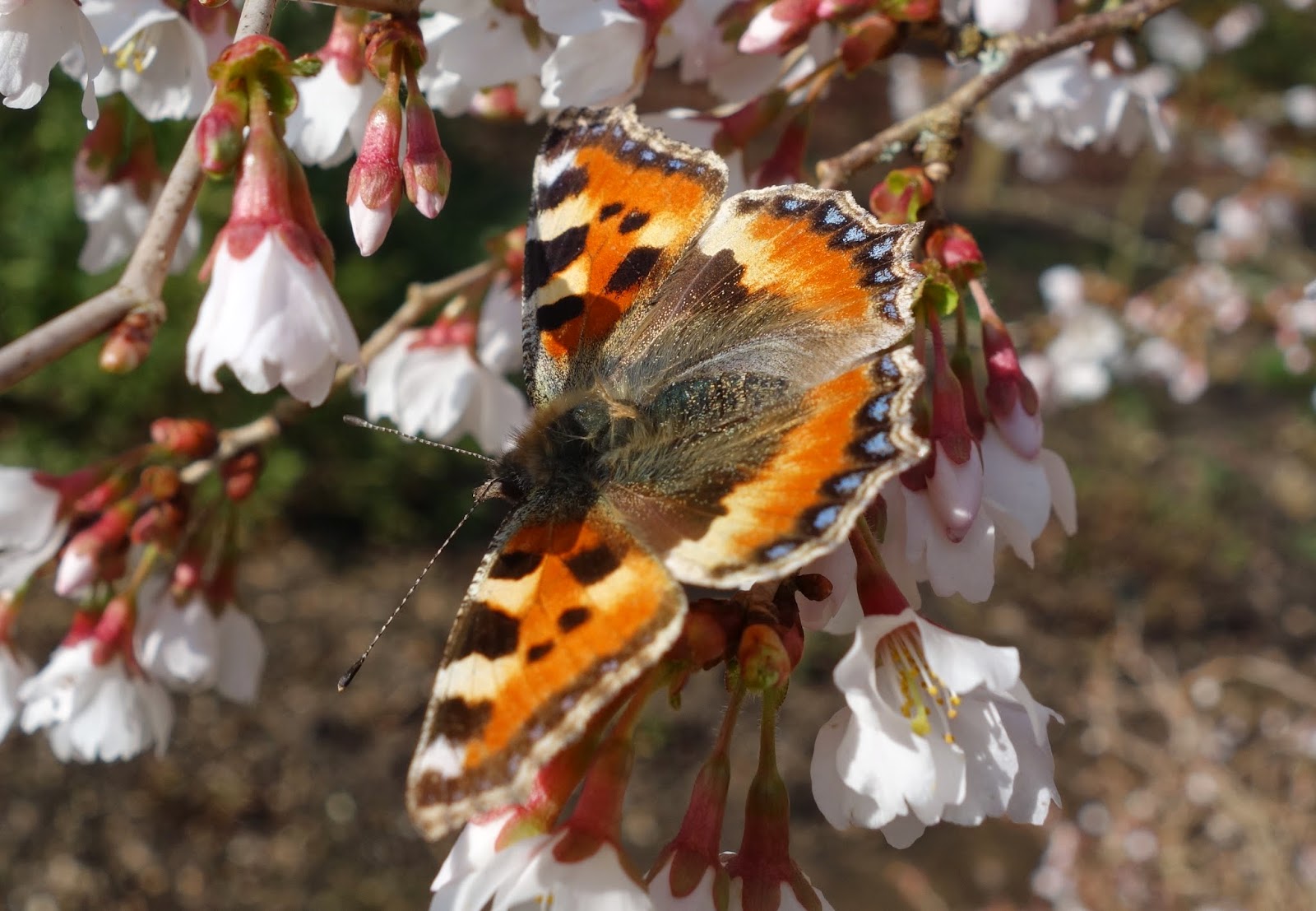 You know that spring has really sprung when you see the pretty Orange tip (Anthocharis cardamines). This is one of the first species to emerge which has not overwintered as an adult. The male is white with the characteristic orange tips to the forewings; the female lacks these and looks more like a Green-veined or Small white in appearance. Often found on damp meadows, riverbanks, along hedgerows and at woodland margins where the primary larval food-plants (Cuckooflower, Cardamine pratensis and Garlic mustard, Alliaria petiolata) grow. You can entice them to your garden by planting some Cuckooflowers in a damp spot or by letting Garlic mustard grow wild under your hedge.