Thick-headed flies (Conopidae): The enemy within 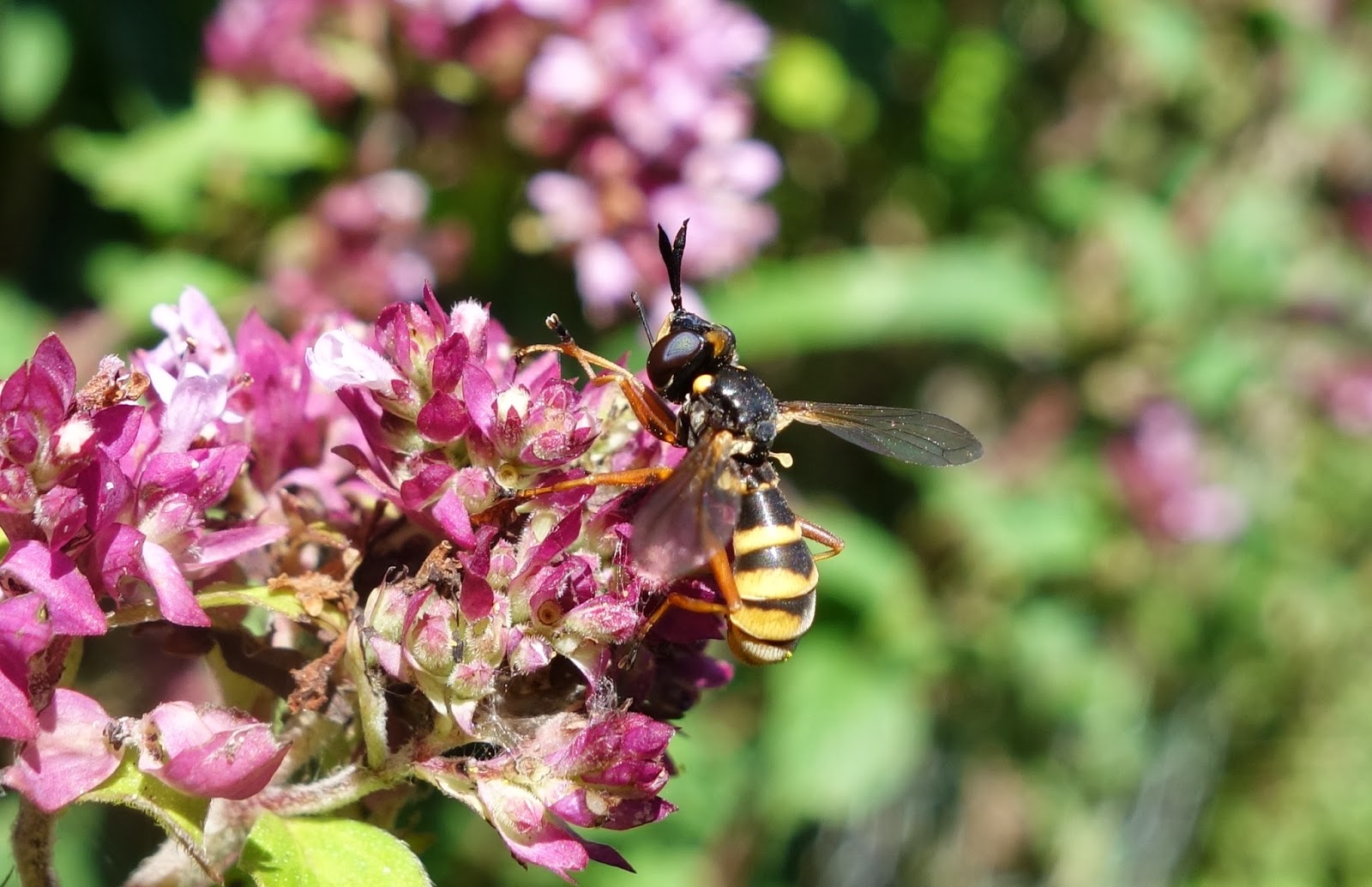 Thick-headed flies (Conopidae) are a large family of parasitoid flies which consists worldwide of about 800 species in 47 genera. Many Thick-headed flies are black and yellow or black and white and often resemble wasps, bees or hoverflies. The flies have a broad head (hence the common name)  and can be found near all kinds of flowering plants such as buttercups (Ranunculus spp.) or Wild marjoram (Origanum vulgare) from which they drink nectar which makes them fairly good pollinators. Thick-headed flies are typically active between June and August.
The larvae of Thick-headed flies are endoparasites of wasps and bees (some also of ants). The genera known to attack bees are mainly Conops, Myopa, Physocephala and Sicus.

To find a host the female fly often waits near flowers and as soon as a bee arrives attacks it (often in mid-air) and injects a single egg between the abdominal segments into the bee’s body.

Not long after the female fly has deposited the egg the larva hatches and first feeds on the bee`s haemolymph (insect blood). Later it will start to consume the gut tissue which will soon result in the death of the bee (often after about 10-12 days). The larva pupates within the host`s body and overwinters as a pupa. The adult fly emerges in the following year.

In bumblebees Thick-headed flies will attack both workers and males but normally not queens as the latter are active before the flies emerge. Bumblebees which are infected will stay outside the nest for longer and often even sleep outside during the night. The bumblebees actively seek cooler environments to slow down the development of the fly larva inside their body and subsequently enhance their own life-span. As the infected bumblebee workers can still forage (albeit carrying less nectar due to a reduced volume of the honey stomach once the fly larva grows inside their body) they are still contributing to the provisions of the bumblebee colony. Once the larva is ready to pupate it manipulates its host into digging itself into the ground (the bumblebee is literally digging her own grave). Once safely underground the fly larva kills the bumblebee and pupates soon after inside the bee`s body. It will overwinter as a pupa and emerge as an adult fly in early summer the following year, ready to begin the cycle again.