In addition to my earlier post "Early spring flowers for pollinators" I would like to introduce you to more pollinator-friendly early spring flowers, some of them, such as Hepatica, less known to gardeners in the UK but very popular on the continent. All of these flowers are hardy and many such as the Anemones are at home in deciduous woodlands in the wild where they attract early emerging pollinators such as bumblebee queens, solitary bees and hoverflies. Also lets not forget all the different Wild tulip species available to gardeners; most of them flower early and are great for pollinators.


Blue anemone and Balkan anemone (Anemone blanda and A. apennina)

Both plants look very similar and are native to southern Europe. The pretty blue, pink or white flowers and feathery leaves emerge from a tuberous rhizome in March. Plant the tubers in autumn in humus-rich, sandy and well-drained soil under deciduous trees or in a rock garden. The plants grow best in sun or part-shade. You can also buy ready-grown flowering plants in pots now in most garden centres which can be planted out in the garden. Anemone will spread quickly and form large clumps if planted in the right place. 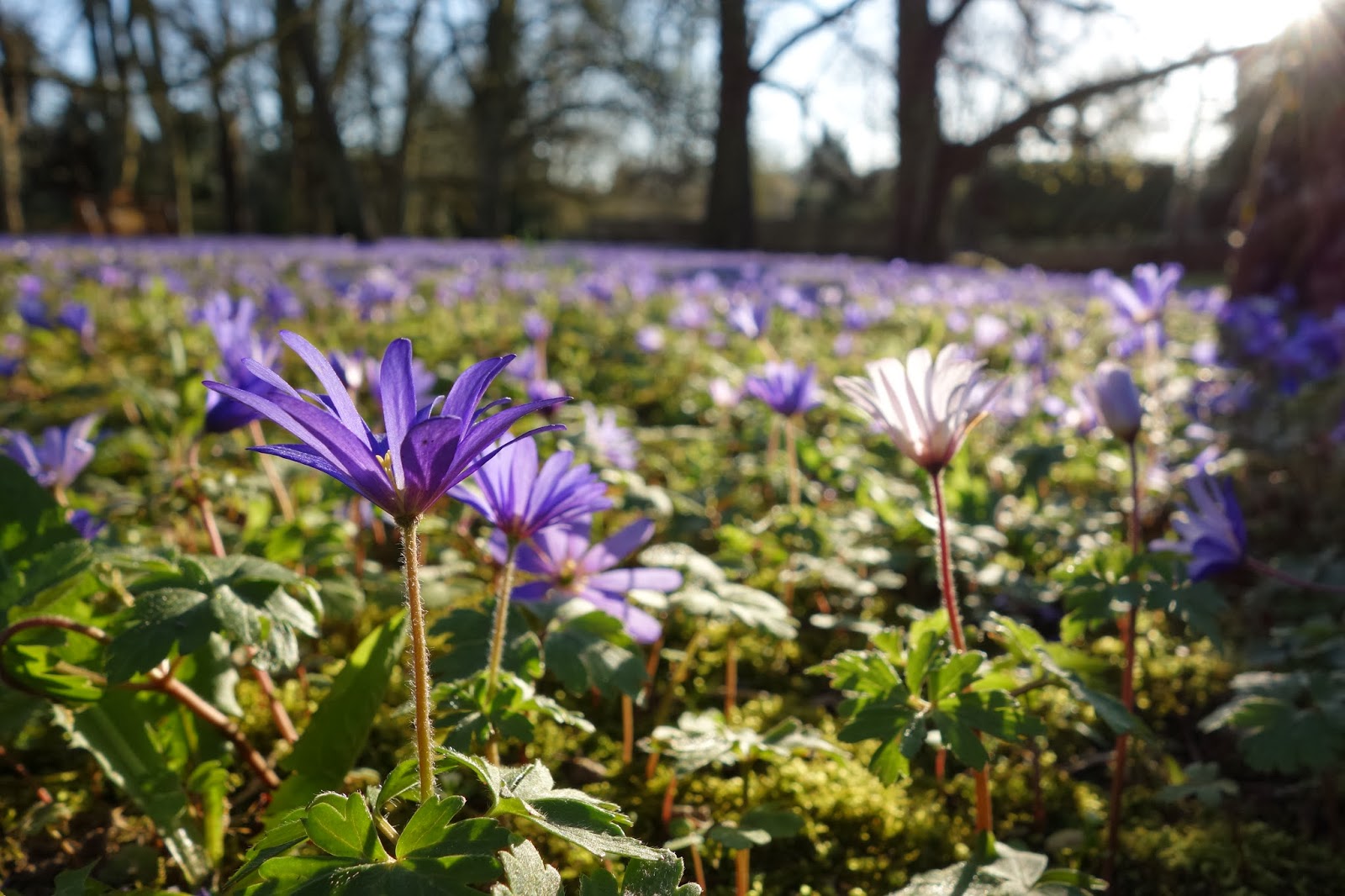 This native plant grows in deciduous woodlands and hedgerows and often forms large carpets of pretty white flowers in March. The plant is quite easy to naturalise in your garden under deciduous trees in humus-rich, moist but well-drained soil. 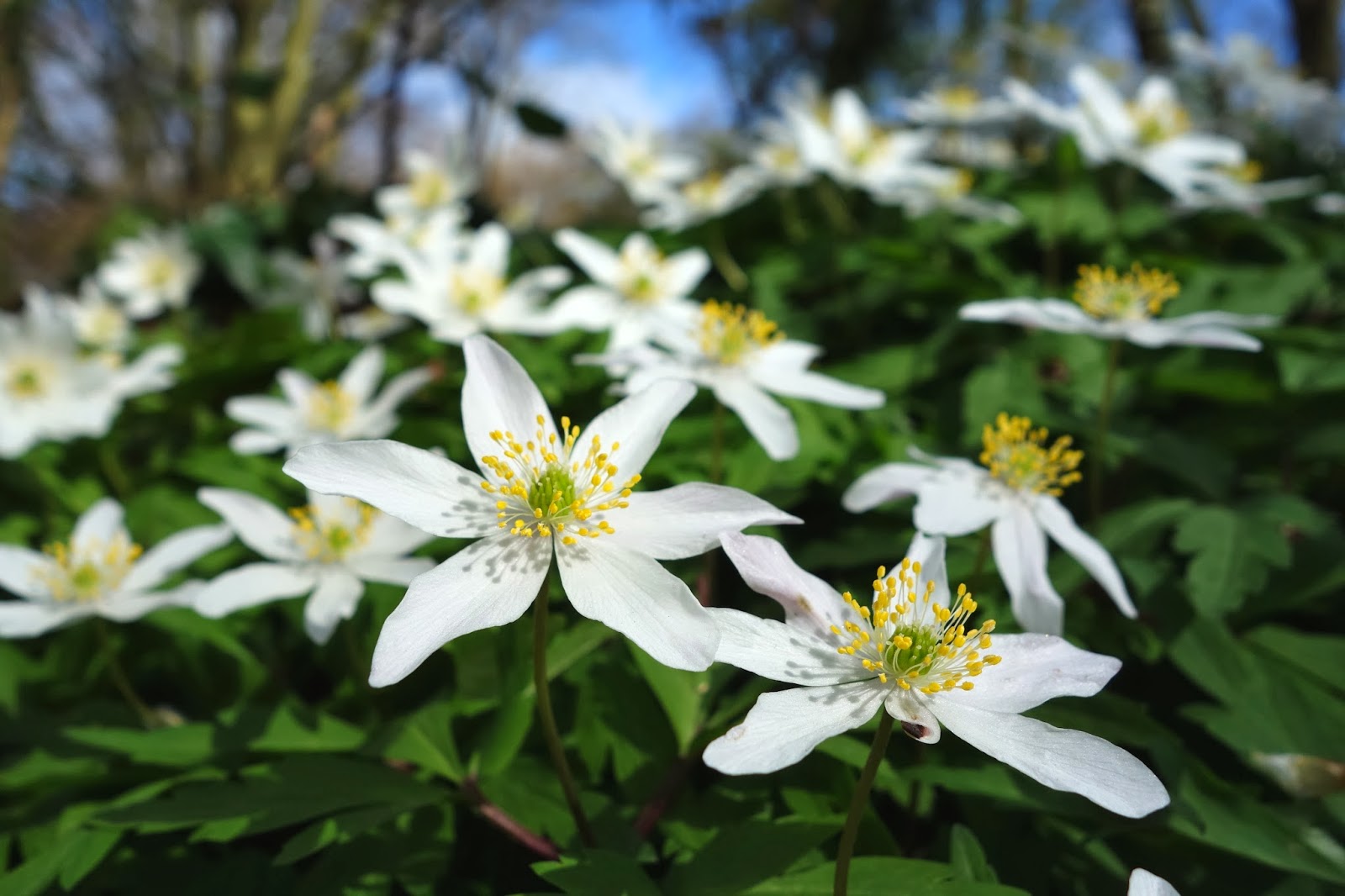 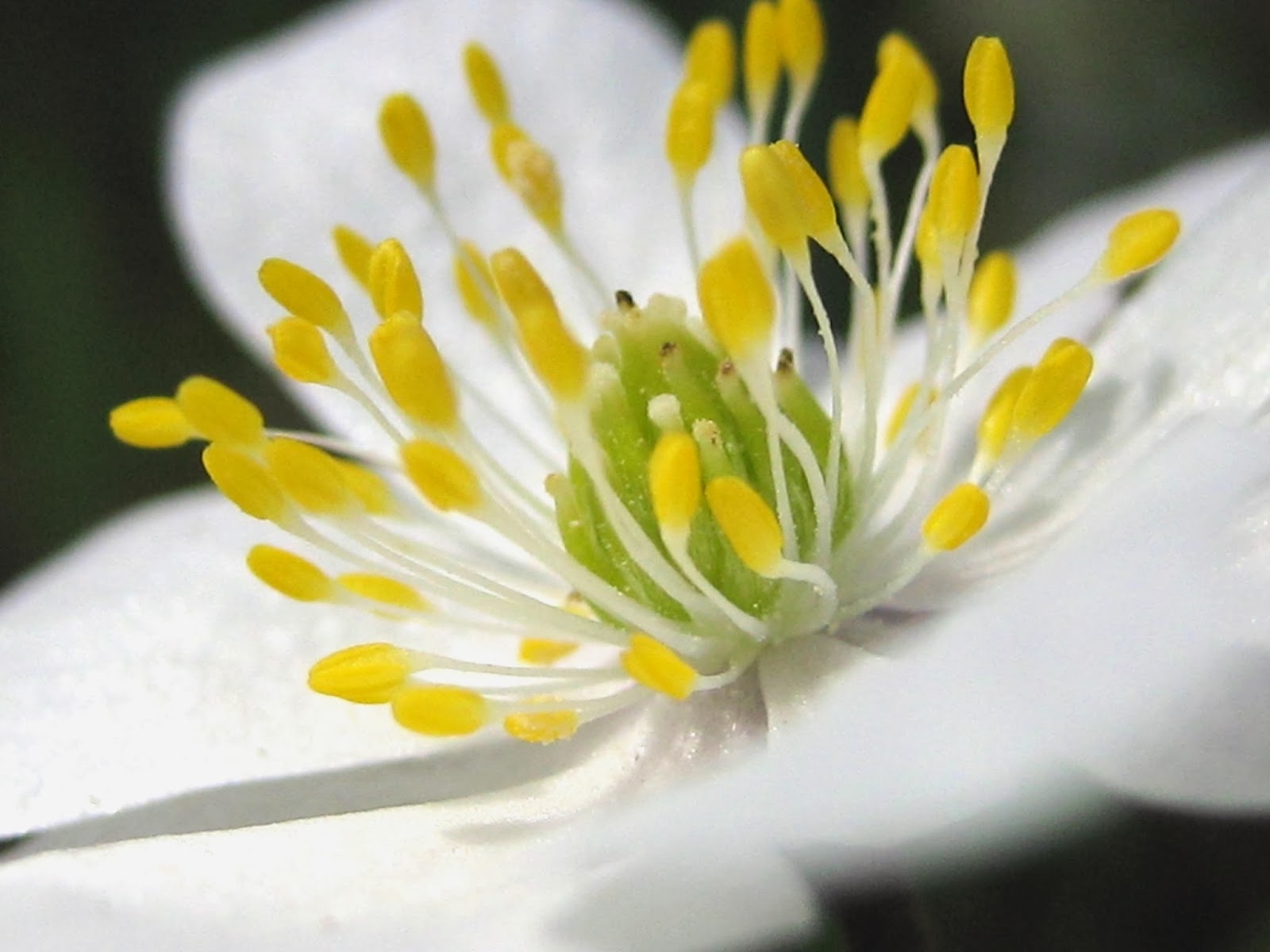 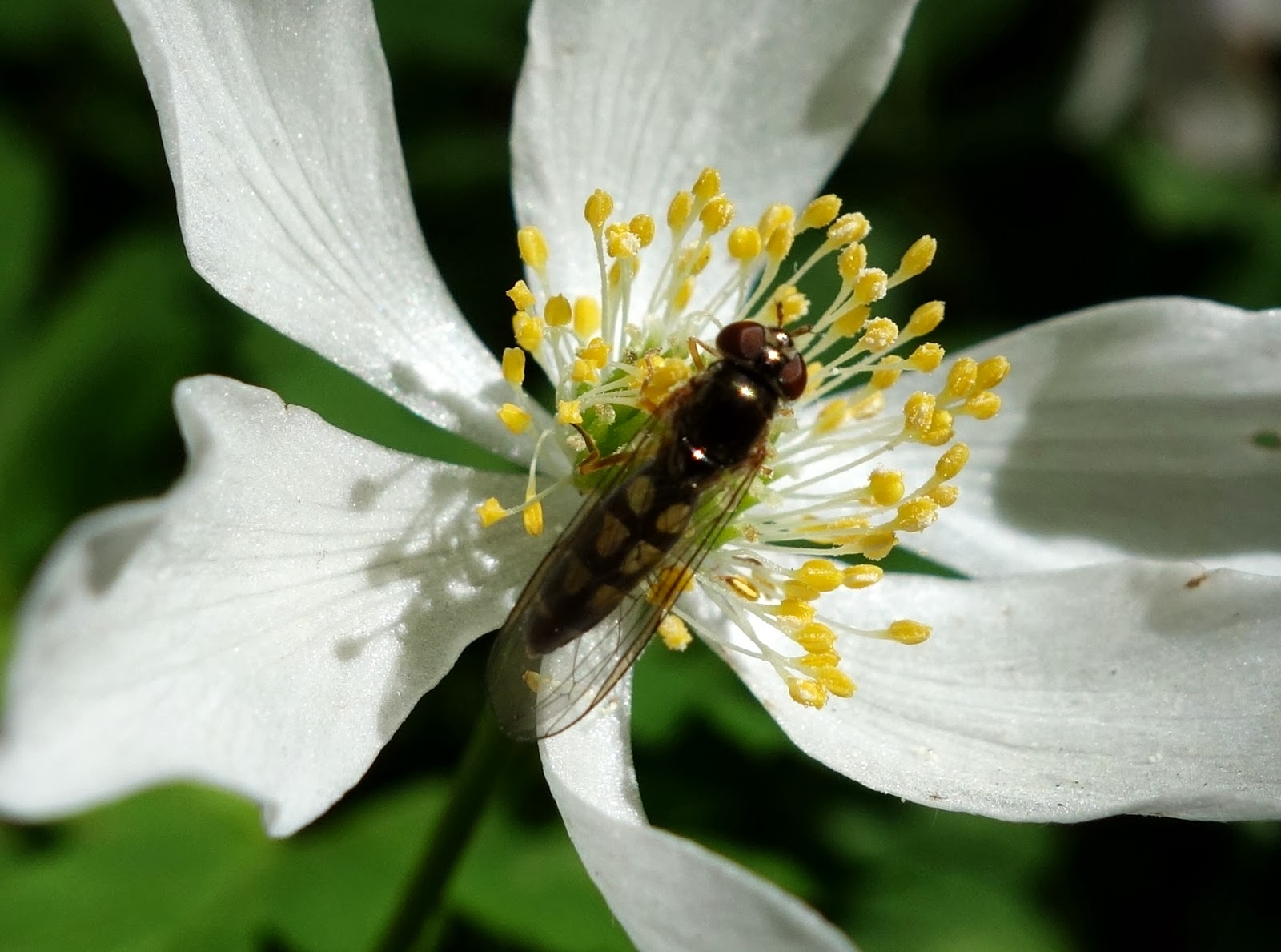 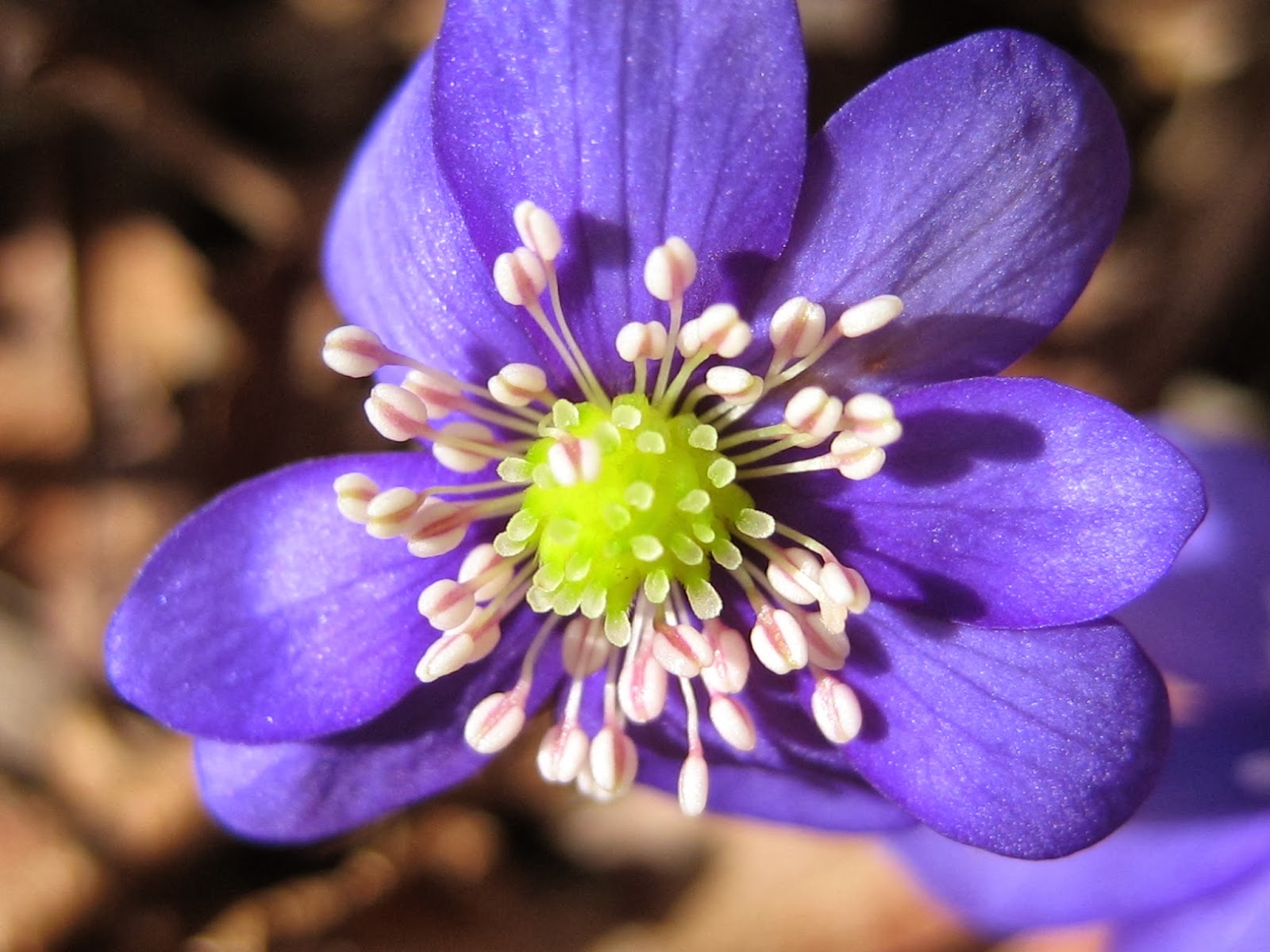 Similar-looking to Blue-and Balkan anemone but the leaves have a very distinctive three-lobed shape (resembling a human liver, hence the name Hepatica). The flowers can be blue or pink and emerge in March. In the wild Hepatica likes to grow in deciduous (especially beech) woodland on calcareous soil. This plant is the ideal plant if you garden on alkaline limestone-derived soil which can often be difficult to cultivate. But as long as you garden soil is not too acidic (if Rhododendrons grow well in your garden this plant is probably not for you) Hepatica will also grow in normal garden soil under deciduous trees.

White and purple flowers emerge above feathery leaves from a hollow tuber in March or early April. Grows in decidious (often beech) woodland on calcareous soil in the wild and likes moist humus-rich ground. Looks pretty when planted together with Hepatica as both like similar places. 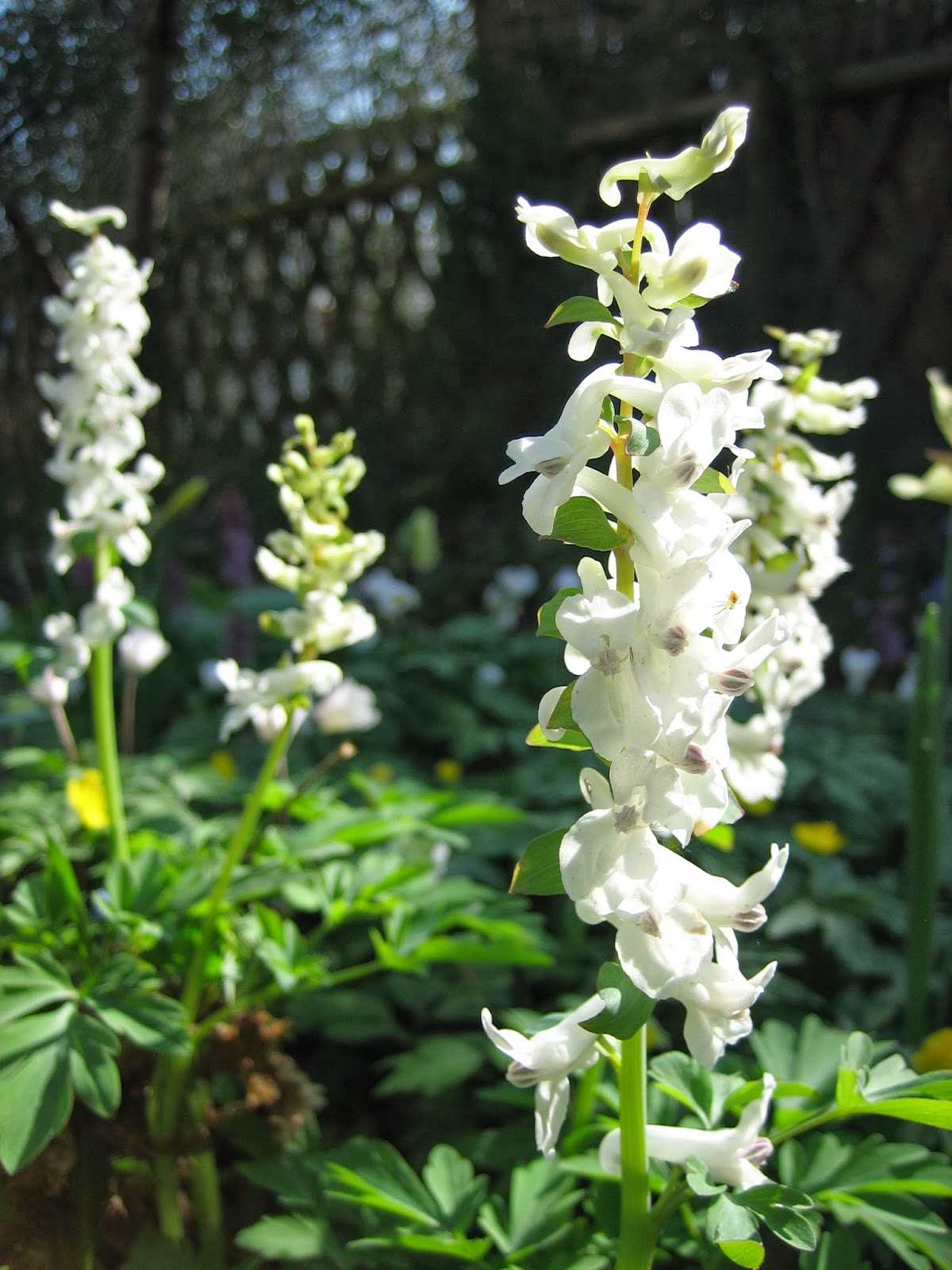 A very pretty spring bulb with large white dropping bell-shaped flowers with a green dot at the end of each petal which will flower in March. In the wild they grow in deciduous (often beech) woodland on calcareous soil and will form large carpets if conditions are suitable. Plant the bulbs in autumn in humus-rich moist (but well-drained) soil under deciduous trees. 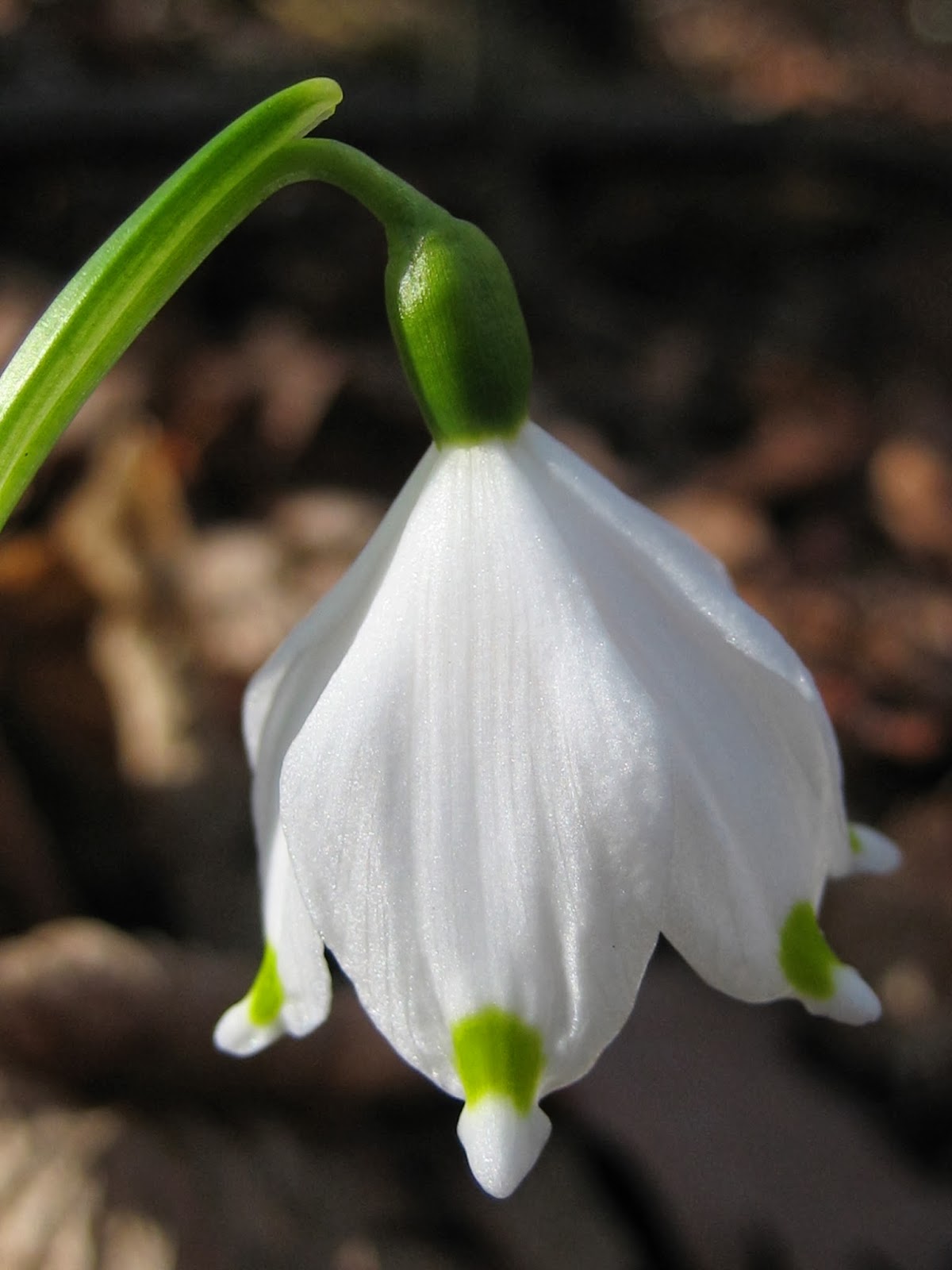 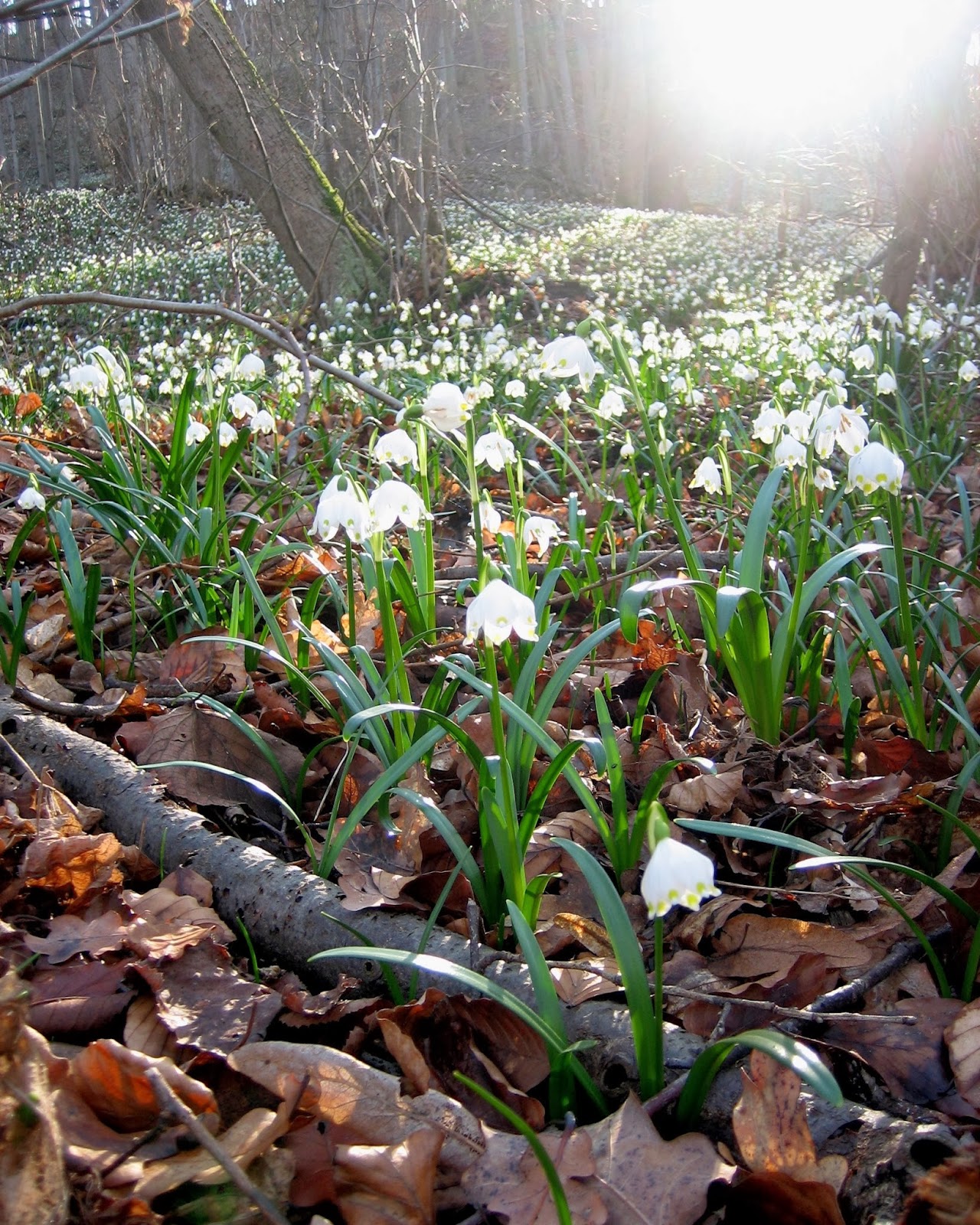 A pretty wildflower with relatively big yellow flowers which only open on mild sunny days. The plant is often growing in moist soil in sunny or half-shady places and can form big clumps in suitable conditions. Lesser celandine can be a bit invasive in a garden if conditions are suitable so best confine it to a wildlife corner. The flowers are an important food source for early pollinators such as emerging bumblebee queens, early solitary bees and hoverflies.

This is a plant of calcareous grasslands and has strikingly pretty purple or pink bell-shaped flowers and feathery hairy leaves. The flowers open in late March or April and attract mostly early bumblebees. Plant in a sunny position on very well-drained neutral to alkaline soil. A good place for this plant is in a rock garden. 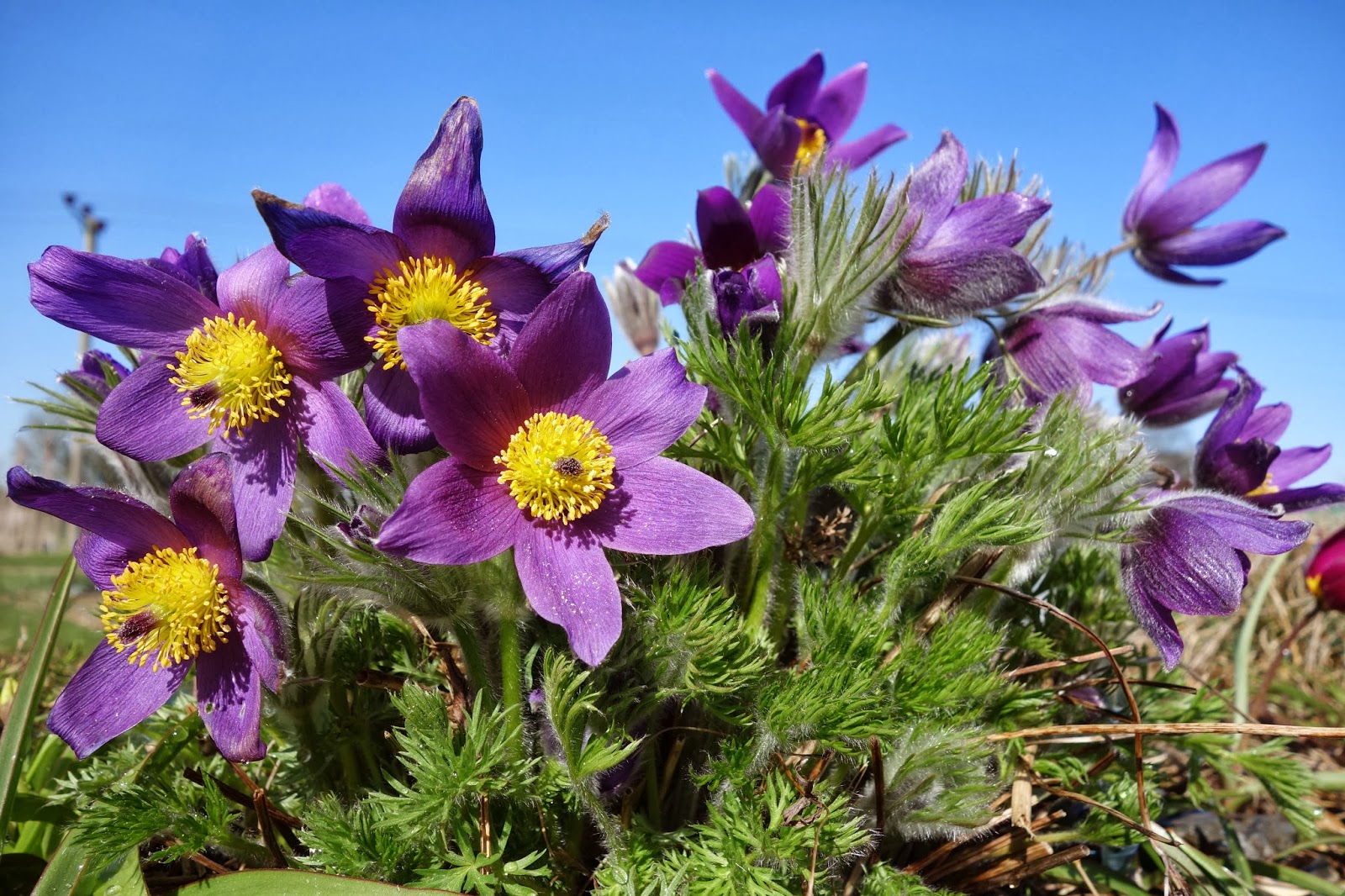 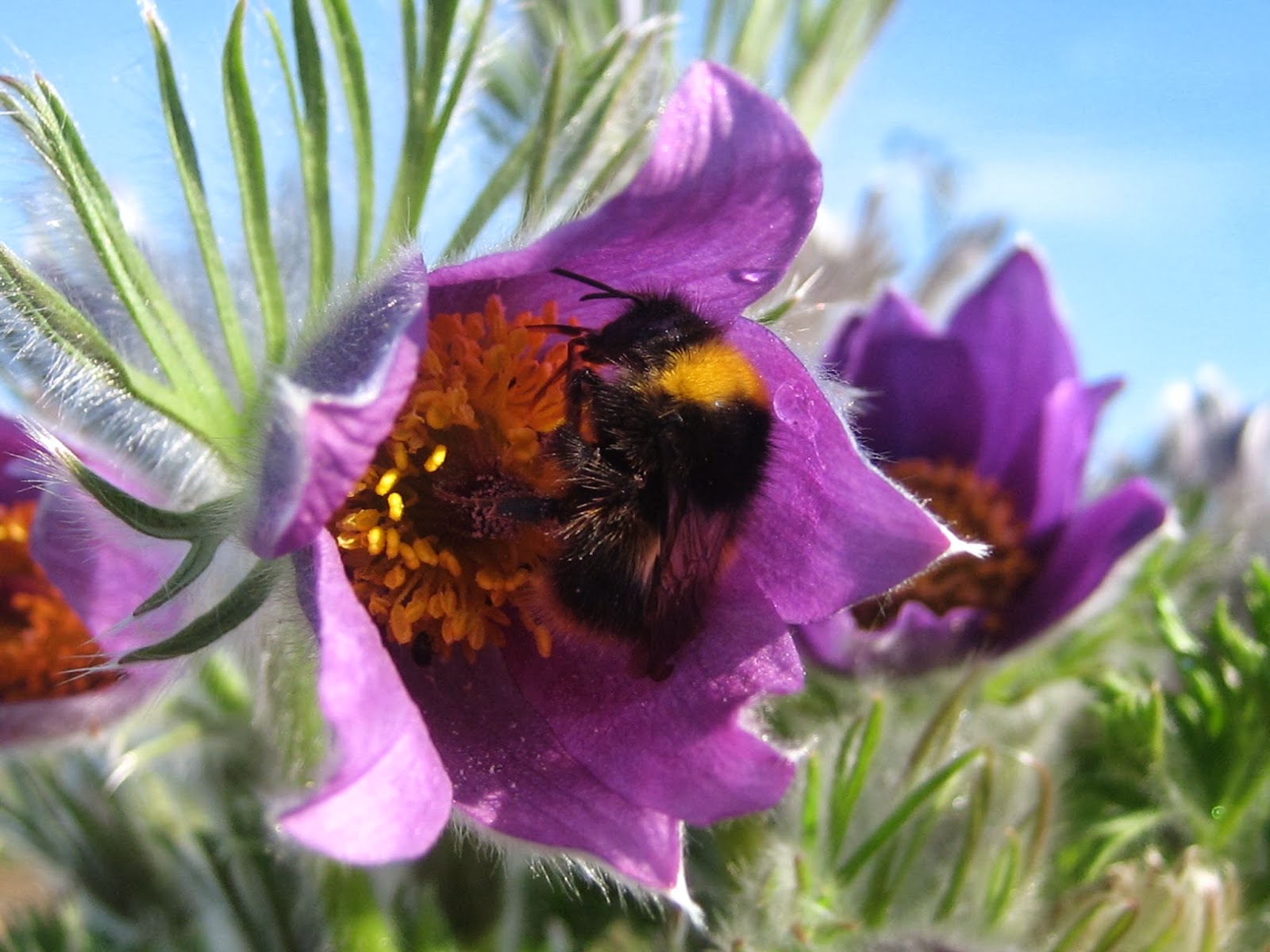 The pale-blue to very dark-blue little bell shaped flowers, clustered tightly together, appear in early spring. The commonly planted Armenian grape hyacinth (Muscari armeniacum) can be a bit invasive in gardens (especially if planted in a rock garden) so if you do not want a large carpet of blue flowers in spring go for the less-invasive Grape hyacinths such as the pretty Azure grape hyacinth (Muscari azureum) or the larger Muscari latifolium. Plant the bulbs in autumn (or buy some flowering plants in pots now) in well-drained but not too fertile soil in a sunny or half-shady position.

Wild tulips have smaller flowers than the big hybrid-tulips often seen in gardens and parks but are not less beautiful and often much easier to care for. Once planted wild tulips flower year after year without much maintenance whereas hybrid-tulips often fail to flower after only one year. Most wild tulips need a sunny place and well-drained light soil; a rock garden is often an ideal place for these little beauties. Flowers open as early as March and often attract solitary bees, bumblebees and hoverflies.


If you are after pollinator-friendly plants for later in spring or early summer have a look here.
Posted by Reading team at 12:59